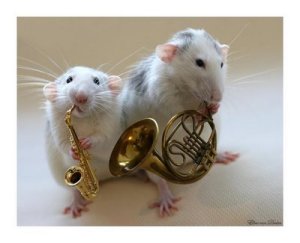 Remember that saying – When the cat’s away, the mice will play?  But what does the cat do when the mice leave??

My kids are away this week.  They went to their grandparents’ house last Sunday and I am enthusiastically reclaiming them in two more days.

Seven days.  That’s the longest I have ever been away from them in their whole lives.  It has been over 12 years since I have spent a full week not in the presence of my children.

Sprout is homesick.  She has a cell phone and nimble texting fingers, so she has been in semi-constant contact. She’s been texting me late into the nights, and I love it.  She’s also been texting some of her friends and my Mom.  I am not sure she’s “talked” this much on her phone ever before.  I both feel like I am finally getting my money’s worth out of her texting plan and like she’s not so “away”.  These are good things.

I am not sure how my little (not-so-little) Tater is doing.  I talk to him on the phone each night and I try to record every little boy giggle in my memory so I can replay it until I can talk to him again.  He’s not much of a phone talker, so my best bet is to say something funny so he starts laughing and saying silly things in return.  I wish he had a cell phone.

I had originally  threatened to call them every 10 minutes.  To talk to them for 9 minutes.  And then hang up and say, “Talk to you in a minute.”  They thought that was funny.  I was only partly joking.

I asked Sprout how Tater’s doing.  She said, “I don’t know.”

I tell her to go hug him, but I can’t be sure she is.  Which is OK, because I imagine she did. The Sprout of my imagination is more compliant and affectionate with her brother than the real one.

The week has gone by fairly quickly.  I have braved the bizarre silence of my house.  I have attempted to provide 3 people’s-worth of attention to the dog.  I have failed.  She misses them, too.

I have lunched. And dinnered.  And slept in.  And cleaned.  The cat’s done playing.  The dog is soooo over it.

I have not resorted to wearing my tiara and baking.  I am getting better (less weird anyway) about this “empty nest” thing.  But I still don’t like it.